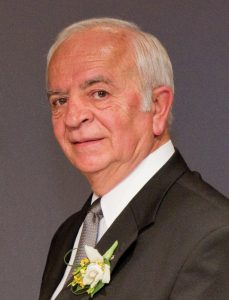 Induction text of Mr. Joe Pistilli into the Hall of Fame in the sports sector, builder category in 2011.

Joe Pistilli grew up in a family of three children with Italian parents. He is married to Stella and they have three children; the boys played football for many years. In 1963, Pistilli moved to Champlain Street in Châteauguay. For 36 years, he worked in the engineering department at Canadian National.

With this history and thousands of hours of involvement at all levels, it is not surprising that his efforts have been recognized by induction to the Canadian Football Hall of Fame and that he has been acknowledged by the Montréal Alouettes.

A man of passion and commitment.