A historical narrative of the Maison LePailleur, produced in collaboration with the Société du Musée du Grand Châteauguay.

Maison LePailleur holds an important place in local, regional and national heritage. Built in 1792, it has survived to the present day without major alterations. With its many unique features, it is listed as a historical monument by Ville de Châteauguay. The heritage house is surrounded by a vast, magnificent wooded lot that was part of the old estate, where there were many outbuildings. Located in the heart of the old village, the plot tells a story about the real estate strategies of the French-Canadian bourgeoisie and its impact on the development of the village centre. It still features a heritage kitchen garden where flowers and foods from the late 18th century are grown, using traditional methods. 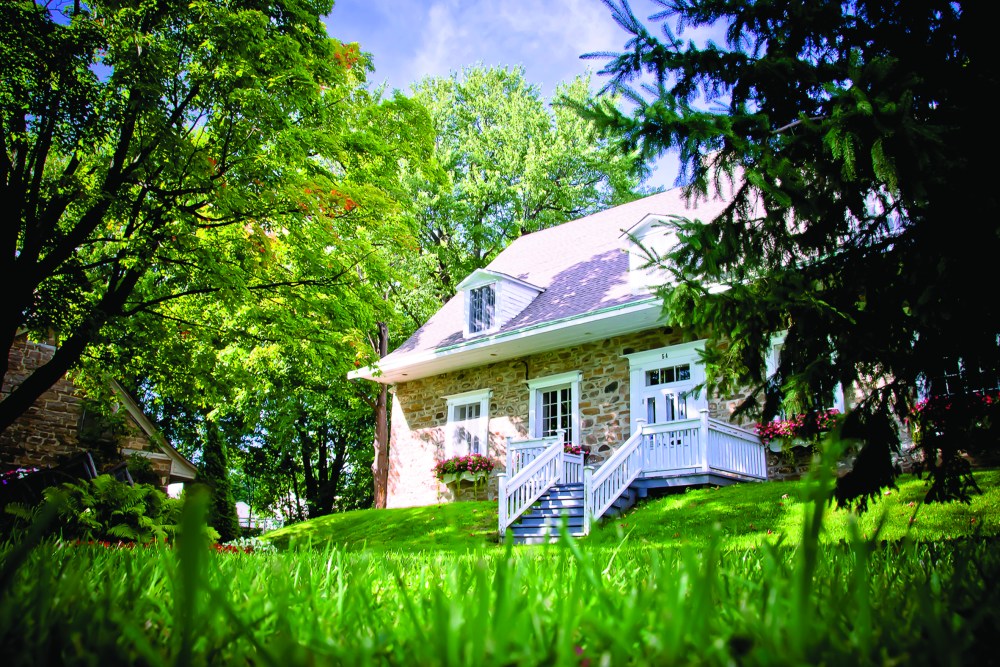 The know-how and expertise of the craftspeople of the time are easy to appreciate at Maison LePailleur. Thick stone walls, an indoor well, reservoirs, a stone sink and several fireplaces with trompe-l’oeil chimneys attest to the advancement of masonry techniques. The carpentry of the roofing timbers is extraordinary. The hand-assembled beams, made without nails or any of the benefits of industrial technology, are stupefying. The genius of the craftspeople at the time can also be seen in the remarkable ways the construction is suited to the environment. The building was first a general store closely tied to the fur trade. Such a store in a village the size of Châteauguay was, by nature, an important meeting place. In addition to the economic activity that took place there, the general store was a social hub where public opinion was forged. Later, the house served as the notary’s study for LePailleur, father and son, whose name still graces the house. In the 19th century, notaries were at the heart of economic, social and local political activities. They were also cultured men and often the only intellectuals in a village. For today’s historians, notarial deeds are critical resources for studying history. There are many extant notarial deeds by the junior LePailleur, Alfred-Narcisse, who was very involved in the development of the village. It is easy to imagine the lifestyle and culture of the village’s middle classes by examining the decor at Maison LePailleur, where lighting, heating, diet and other forgotten details of daily life have left traces of a not-so-distant past. The specialization and division of the spaces attest to the advent of privacy and a culture that placed greater importance on the individual.

Construction of the house by Pierre Bouthillier for François Rolland.

Soldiers are lodged during the 1812–1815 war against American invasion.

The LePailleurs move into the house that still bears their name.

Joseph-Narcisse Cardinal becomes the partner of François-Georges LePailleur. He is elected to the Legislative Assembly as a supporter of the Patriote party and later executed by the British imperial forces, along with 11 other Lower Canada Patriotes.

Maison LePailleur occupied by British troops and then by anti-Patriote volunteers. Ransacking of the property.

Construction of Maison Gravel on the LePailleurs’ land.

At the request of the SMGC, Maison LePailleur is listed as a historical monument.

Restoration of the cedar-shingled roof, based on the original plans and appearance. 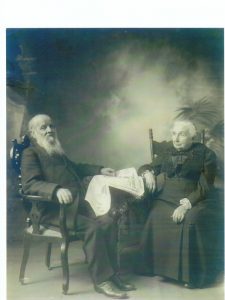 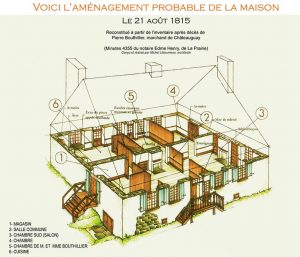 Probable setup of the house 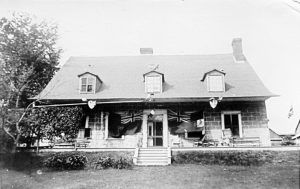 Construction of a house in 1792

Anyone who could not build their own house signed a notarial contract with a builder specifically for the purchase of a house. The text of the contract was the outcome of the discussions and negotiations between the two parties. The builder was more likely to be a master craftsman than an architect, often a master carpenter or master mason. They built “by eye” rather than with detailed drawings and plans. Québec domestic architecture was therefore the fruit of artisanal tradition, accrued experience, imitation and a sound knowledge of the materials. The future owner and the master craftsman discussed the general layout and dimensions, but the rules of balance and harmony between walls, roof, doors, windows, etc., were left up to the experience of the builder. Every building therefore bore the signature of its master builder.

Although there is no proof of the direct involvement of the LePailleurs in the 1837 and 1838 uprisings, several findings probably confirm their allegiance to the Patriote cause. Patriote Party Legislative Assembly representative Joseph-Narcisse Cardinal articled as a notary under François-Georges LePailleur before becoming his partner. The involvement of François-Maurice LePailleur, François-Georges’s son from his first marriage, in the Patriote cause earned him a sentence of exile in Australia in 1839, along with several other Patriotes from the region. Alfred-Narcisse, François-Georges’s second son, married Philomène Dalton, the daughter of a well-known Patriote family. This might explain why the British imperial troops occupied the house in 1839 before leaving it in the hands of loyalist volunteers who ransacked it. Madame LePailleur received partial reparations for the damage several years after the Patriote amnesty.