A historical narrative of the Pont Arthur-Laberge, produced in collaboration with the Société du Musée du Grand Châteauguay. 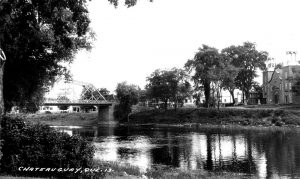 The Pont Arthur-Laberge was inaugurated on May 24, 1959, although cars had already been driving on it since 1955. It was the ninth bridge over the river in the same location, so it is no surprise that it has gained so many nicknames: the village bridge, the church bridge or simply the Châteauguay bridge. For a long while, it was the city’s only bridge.

In the past, it was common to ford the river in front of the church in the dry season and to cross on the ice in winter. In 1807, the first covered bridge, made of stone and wood, was built to allow people living in Haute-Rivière (Haut-Châteauguay) to get to Saint-Joachim Church more easily. After about 15 years, that bridge was replaced by a sturdier construction for the then-enormous sum of 60,000 British pounds! That investment did not prevent the bridge from being carried away by the ice in spring 1829.

A third covered bridge was built the same year, thanks to credit granted by the Government of Lower Canada. Beauharnois was then a sizeable city that needed to be reached easily. When that bridge was swept away by the ice again in 1843, plans for the reconstruction of the bridge set the local residents at loggerheads. Some called for a regular bridge in the location of the temporary bridge near Île Chèvrefils, which had been constructed hastily by the Grey Nuns to provide access to the surrounding mills. The quarrel was settled by the reconstruction of the “village bridge” in 1847. The spring freshet overcame that structure in April 1863, however. This time, the inhabitants of Châteauguay and Beauharnois got enough financial assistance from the Government of United Canada to build a solid bridge capable of withstanding the power of the spring floods. That bridge lasted…four years! A sixth bridge, built of wood in 1868, was financed by a toll. It was destroyed by the ice in yet another spring flood in April 1886.

Everyone understood by then that a wooden bridge was not strong enough. The first steel bridge was built in 1888. It was over this bridge that the very first Châteauguay motorists drove. Although the structure was ice-resistant, the increasing use of motor cars soon made it obsolete. The city council, under Mayor Arthur Laberge, built a road bridge in 1924, with the assistance of the Government of Québec, at a cost of $215,000. Its struts tempted young people to climb it, and the slope was steep. That iron bridge was replaced in 1955 by a reinforced concrete bridge located slightly upstream, allowing the old foundations to show. The Laberge bridge was widened in the 1980s, at a cost of nearly $330,000. Nearly 60 years after its construction, having come to the end of its useful life, the bridge was replaced in 2014.

Construction of the first covered bridge.

Construction of the second covered bridge

Construction of the third covered bridge.

The spring ice sweeps away the bridge. A temporary bridge is erected near Île Chèvrefils.

Construction of the fourth covered bridge.

Construction of the fifth covered bridge.

Construction of the sixth covered bridge.

Construction of a steel bridge with a wooden roadway.

Construction of a second steel bridge.

Construction of a reinforced concrete bridge.

Construction of the new bridge. 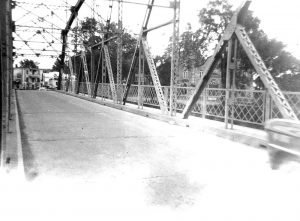 The covered bridge built in 1868 was financed by a toll. This is what was posted about the tariffs:

In winter and summer, 1 shilling for a simple wagon.
Each horseman, 6 farthings, and 6 farthings per beast crossing.
Fine of $20 for being over the maximum weight of 3,000 pounds.
It is prohibited to trot horses on pain of a 10 shilling fine, double for repeat offenders.
No commercial ferry is tolerated within village limits, on pain of a $4 fine. 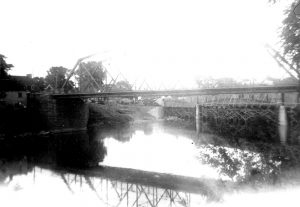 The steel bridge built in 1888 was raised to avoid the spring ice.

Climbing the bridge by foot or bicycle was exhausting. It was a show like we sometimes see in Far West films to have to climb the side of the bridge with two powerful horses pulling cart full of stones. They would take a run up starting in front of Dr. Marchand’s place, and the suspense was to see whether, panting and foaming, they would manage to climb the gruelling slope. 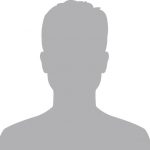