With its rich historical heritage, Châteauguay is a font of discoveries and boasts many tourist attractions. 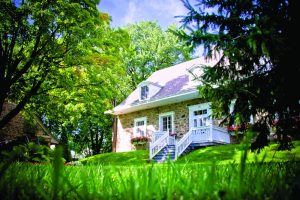 Built in 1792 by Pierre Bouthillier, who operated a business there, the Maison LePailleur is one of the oldest houses in Châteauguay. It was acquired in 1826 by notary François George LePailleur who made it his home and his study. His son, Alfred-Narcisse, succeeded him. The house belonged to the LaPailleurs for nearly 50 years.

Ville de Châteauguay acquired it in 1997 and turned its management over to the Société du Musée du Grand Châteauguay.

Working relentlessly to conserve the heritage of Grand Châteauguay and the surrounding region, the Maison LaPailleur stages exhibitions and many activities to promote the historical and cultural wealth of the region.

Erected on the banks of the Châteauguay river between 1774 and 1779, Saint-Joachim Church was, from the very beginning, a focal point of the old village’s development, as well as the place where the Châteauguay community forged its ties together from seigneurial times onward.

This heritage jewel houses many religious art treasures and has been named a historical monument by Québec and a national historic site by Canada. 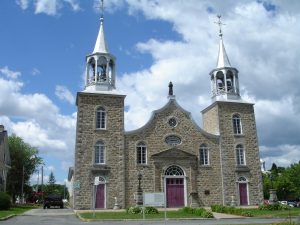 The Maison LePailleur team offers group tours to explore the architectural and cultural value of the building and learn about the religious life of the early Châteauguois: beliefs, rituals and superstitions.

For more information or to make an appointment for a guided tour, please go to Maison LePailleur.

For religious services (baptism, marriage, catechism or other), please contact the presbytery at 450-692-8241. 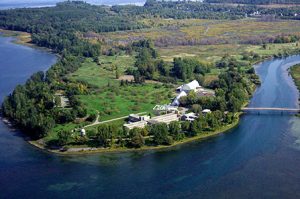 Sitting at the mouth of the Châteauguay river, where it flows into Lac Saint-Louis, and owned by the Grey Nuns for over two centuries, the Île Saint-Bernard knoll joined the Ville de Châteauguay park network when it was acquired in 2011. This site, which was the cradle of the seigneury de Châteauguay, can be accessed for free, and the historic traces it still features contribute to its beauty.

Nearly a dozen buildings, several of which are ancestral constructions, can be found on the knoll, including the Manoir D’Youville, now a resort with a hotel that has 118 rooms and eight meeting halls. Clients can enjoy the enchanting surroundings and access the Refuge Faunique Marguerite-D’Youville wildlife reserve for free, as well as the watercraft, located near the hotel, and the heated outdoor pool.

The site also offers other attractions, such as the La Traite bistro, an organic orchard with over 1,000 apple trees, a stone mansion, a windmill built in 1686, a performance hall, a café and relaxation areas along the shore of Lac Saint-Louis.

Dating back to 1686, one of the oldest windmills in North America – and the only windmill in Quebec with a curved door – sits proudly on the island, as shown in the accompanying photo.

This 223-hectare wildlife reserve was granted permanent protection in 2010. The particular value of the site stems from the wide variety of ecosystems it contains: swamps, marshes, riverbanks, wildlands, maple stands and oak stands. Eight kilometres of trails have been laid, to the delight of nature lovers, families, bird watchers and photographers. A fee is charged to access the wildlife reserve and reinvested in maintaining the site and improving the facilities and services.

One of the appeals of this rich habitat is bird watching. Over 230 species of bird have been observed at this major migratory staging area, including the great blue heron, the city’s official bird. Many mammal species also roam freely in the reserve, such as whitetail deer, which flock there in great numbers, roe deer and foxes.  The flora is also rich and diverse, offering a variety of landscapes in the different ecosystems.

Hikers can enhance their experience with an audioguide that offers information about the history of the island and the flora and fauna that live there. The digital rally, designed for families, is a free mobile app that takes users on a fun and educational exploration of the site. 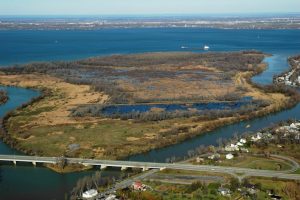 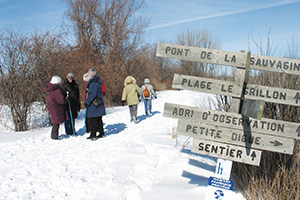 Summer and winter alike, the Refuge faunique Marguerite-D’Youville can be accessed through the Pavillon de l’île. It is open every day of the year, from sunrise to sunset. The trails are open to walkers and snowshoers, and no passage is permitted off the trails. Dogs and other domestic animals are also prohibited.

The Centre écologique Fernand-Seguin, with its LEED-certified welcome centre (2018), is perfect for anyone who loves nature, the outdoors or sports.  The distinctive and noble tree species that make up this 65-hectare forest give it great ecological value.

Access is free at all times, and some of the activities are, as well.

The ecological centre can be accessed from Rue Fernand-Seguin in Châteauguay, at the corner of Boulevard Brisebois. Dogs and other domestic animals are prohibited, as are bicycles.

From mid-June to late September, climb aboard the Héron bleu and explore the Châteauguay river, looking for wildlife, plants and the historical treasures of the oldest part of the Seigneurie de Châteauguay.

Every pontoon excursion ticket includes a day’s access for the trails of the Refuge faunique Marguerite-D’Youville.

For more information, please go to the Île Saint-Bernard website.

River shuttle between Châteauguay and Lachine 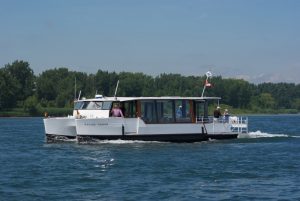 The river shuttle between Châteauguay and Lachine offers an alternative 60-minute route connecting the Lachine Canal cycling path with Île Saint-Bernard, for a discovery journey of its natural and heritage treasures.  Departures every three hours on Saturdays, Sundays and holidays from late June to mid-September.

An ancestral property located on the Domaine LePailleur, Maison Gravel is a space for public gatherings and cultural activities, as well as a rest stop for cyclists and hikers and a historical interpretation centre. 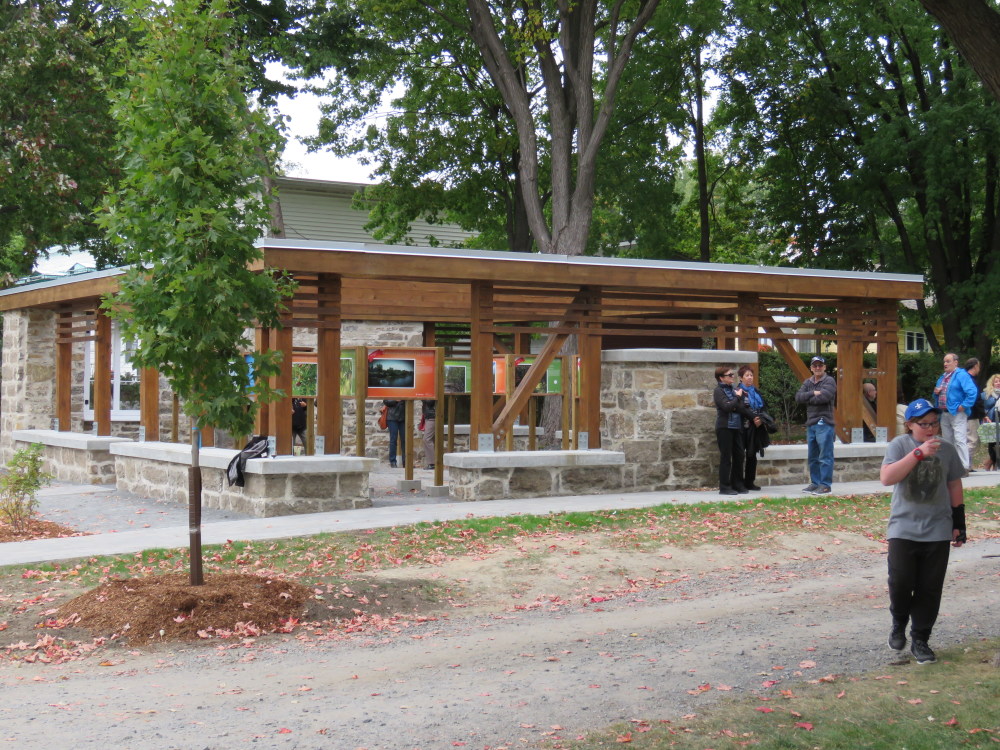 On Thursdays and Fridays from July to September, enjoy a family outing on the St. Lawrence. This hour-and-a-half activity gives passengers the opportunity to relax and spend time on the water while discovering the beauties of the river, with a naturalist serving as your guide. Three daily departures.

River cruise tickets include access to the trails of the Refuge faunique Marguerite-D’Youville for the day.

For more information, please go to the Île Saint-Bernard website.