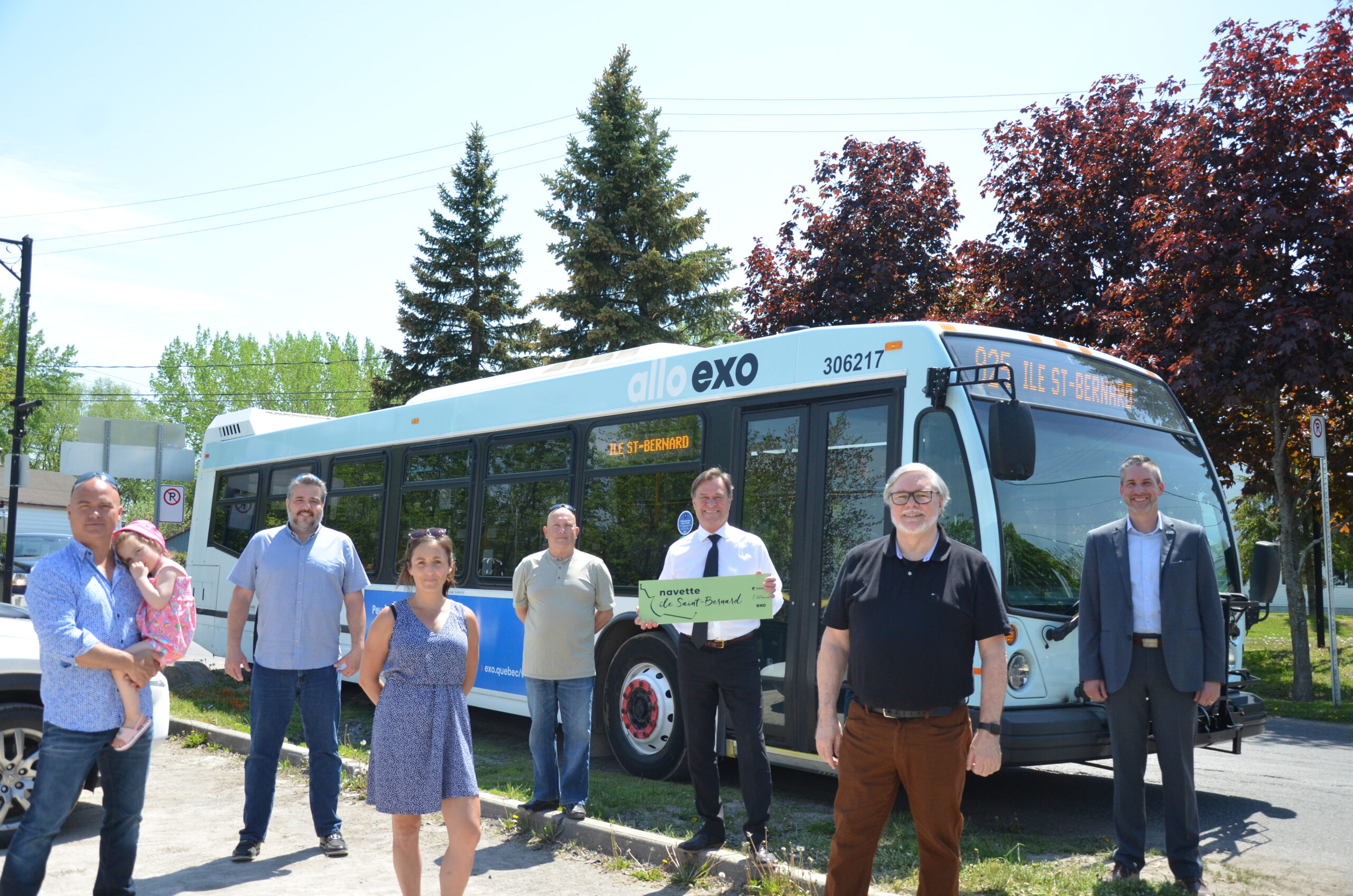 The shuttle between the Châteauguay park-and-ride lot and Île Saint-Bernard will come into service this Saturday, June 5.  Launched as a pilot project for summer 2021, the purpose of the new shuttle is to relieve congestion in the Île Saint-Bernard parking lot and reduce the overflow of vehicles on Boulevard d’Youville and nearby private properties.

The 925 shuttle will be in service up to October 3, 2021, from 9 a.m. to 6:20 p.m. on Saturdays, Sundays and holidays, as well as on June 25 and July 2. It will make several stops along the way to better serve Châteauguay citizens. A low-floor bus will be used to provide greater passenger capacity, better on-board comfort and easier access to strollers and customers with reduced mobility.

We suggest that customers plan their trips carefully using the Chrono application.

Complete schedule of the 925 shuttle

The exo service will allow us to reduce congestion in the entire sector of Île Saint-Bernard, which is a gem. I am extremely satisfied with our relationship with exo and I am very grateful to them.
Pierre-Paul Routhier
Mayor of Châteauguay
Exo is proud to offer Châteauguay residents a public transit solution that facilitates access to Île Saint-Bernard. This shuttle is being put into service as the result of a productive and efficient collaboration between exo and its partners, for the benefit of the users.
Christine Brasseur
Executive Director – Exo Customer Experience