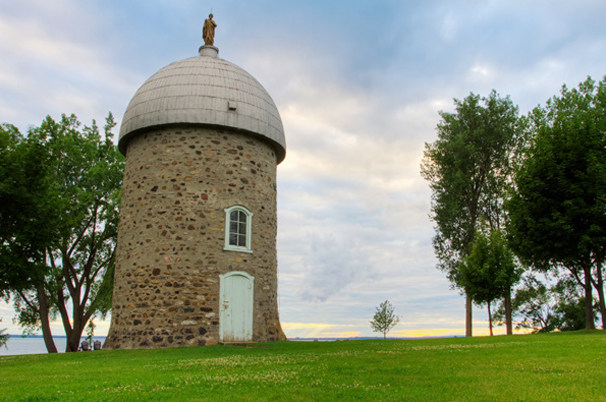 As of Thursday, April 29, Ville de Châteauguay is temporarily suspending the repair work on the heritage components of île Saint-Bernard to ensure the site’s archaeological wealth is fully preserved. During the suspension, the current excavations will be visually inspected to assess the impact of the work and determine whether further archaeological interventions are necessary in these areas.

The repair work will recommence once the analyses have been completed. For the success of the project, an archaeologist will stay onsite for the entire duration of the work, to oversee the excavations and ensure the preservation of the archaeological potential.

Due to its significant archaeological potential, the île Saint-Bernard knoll requires special attention before the repairs are continued. This location is very significant for both our history and Indigenous culture. A tour of the site is planned for early May by archaeology technicians from the Mohawk community of Kahnawake, whose expertise offers valuable assistance for the project. Châteauguay is also in close contact with the ministère de la Culture et des Communications to ensure all actions comply with the measures in place.

Since the work began last April 6, the operations have focused mainly on the mill, where the exterior masonry was completely overhauled, and the grotto, which had already been subject to reconstruction work in the past (the last major repairs were in 1985).

The use of any sprinkler system, the filling of swimming pools as well as the exterior cleaning of houses are prohibited until further notice.