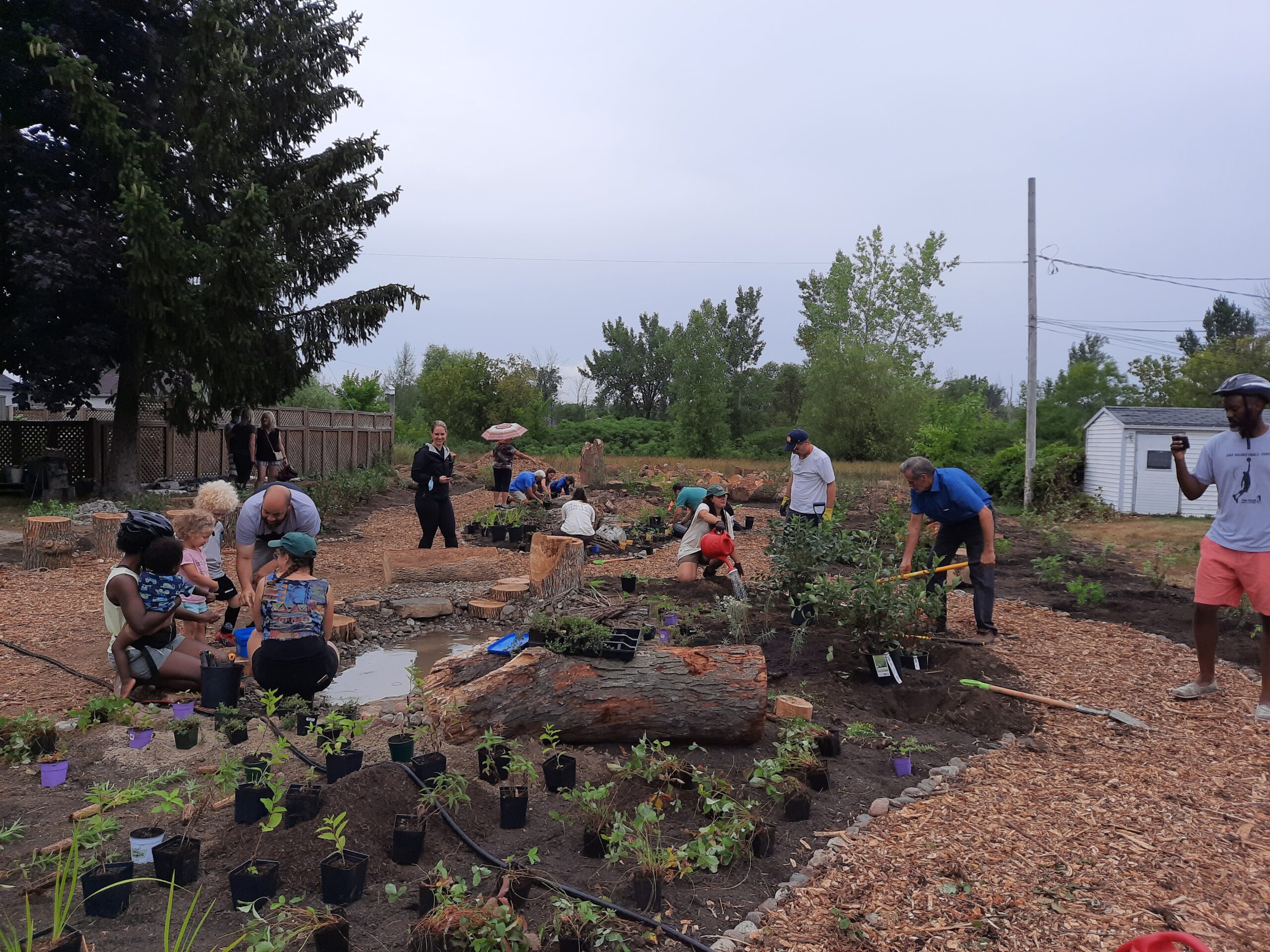 Ville de Châteauguay is pleased to announce that a pollinator garden has been created in its territory. This project evolved from a citizen initiative, in partnership with Miel Montréal, aimed at rehabilitating a protected site, encouraging biodiversity, protecting insect pollinators and getting residents involved in and committed to restoring their natural area in the urban environment.

The site chosen for the pollination project is surrounded by rue Poupart, boulevards Rameau and Kennedy and le carré du Zodiaque.  The presence of a wetland in the centre of the site creates a favourable environment for planting plant species that attract insect pollinators.  In total, more than 2,860 square metres will be developed over a three-year period and more than 1,500 plants will be planted at the site.  Collective planting of plants, including the participation of a group of voluntary residents, was done on August 19, in the rue Rameau area, one of the three target planning areas in 2021. Residents will be invited to the inauguration of the garden in mid-September.

In addition to the inauguration of the garden, residents will be able to attend a free conference presented by Miel Montréal on the theme of “Is urban beekeeping a good idea?”.  This conference aims to raise public awareness of the major role of bees and pollinators for our health and ecosystem health.

A budget of slightly over $339,000 will be awarded by Châteauguay over the next three years to implement the project.

Why are we creating an urban pollinator garden?

The increasing number of bee hives, combined with the decline in melliferous flowers in the urban environment, may lead to a decline in the health of bees and, more generally, all insect pollinators.  Developments to encourage biodiversity provide pollinators with a diversified and high-quality stock of food, in addition to making our living environments and districts better places and providing residents with fabulous opportunities for learning and wonder. On the picture: Miel Montréal’s team, municipal councellors: Éric Allard, Mike Gendron, Éric Corbeil, Lucie Laberge, and in the centre of the front row, Mrs. Muriel Vinet, ideator of that citizen’s initiative as well as citizen volunteers who contributed to the planting in a friendly mood.